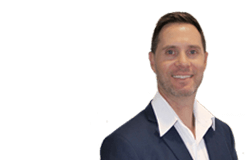 46 Kombis packed into The Griffith Caravan Village during the Easter long weekend as part of the Kombi Club’s 2014 Bus Stop event.

On Easter Saturday morning the Kombis went on a convoy up and down the main street of Banna Avenue before parking at a 45 degree angle along “prod straight” where crowds gathered to view the sceptical. They then proceeded on to the railway yard for their traditional photo shoot where a cherry picker was hired for professional aerial shots. After the photo shoots the Kombis went on display next to the La Festa while their owners took part in the festival. The crowd enjoyed looking over the many different types on display.

In the afternoon the convoy continued for a leisurely drive past McWilliams Wines, De Bortolis Wines, Beelgara Wines, past grape and citrus farms to Beelbangera and then up and along Scenic Drive to stop at the lookout for a beautiful view over orchards and farmlands. They then continued on past MTN9, 2RG, the Speedway, Dalton Park Trotting Course, The Griffith Golf Course, then in and out of the Griffith Aerodrome Terminal and on to The Lake Wyangan Recreational Reserve.

At Dinner time on Easter Saturday the Kombi fanatics dressed in their costumes for the "Spaghetti Western" theme fancy dress night at The South Side Leagues Club.

Easter Sunday saw the Kombi’s make a short drive to Griffith City Volkswagen, where the Kombis crowded into their grounds for a great photo shoot. The convoy then drove out to De Bortolis Wines as the winery were having the event “Celebrazione”. The Kombi’s had special parking and the Kombi Club Members were able to relax in the immaculate grounds, listen to the entertainment, have a wine and buy a light lunch.

Later on Easter Sunday it was time for the Kombi races held just behind the Griffith caravan park on an unused road. Some of the rules had to be modified for the Kombi racers and even the radio controlled racers suffered some Kombi problems, but there was much laughter and shouts of encouragement. The event was deemed to be a great success.

Most members left on the Easter Monday but took with them memories of their amazing time in Griffith.